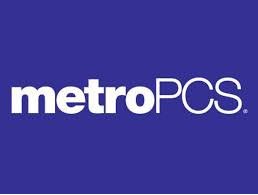 SITUATION
(Increasing Consumer Interest in Metro PCS After Its Merger with T-Mobile)
Metro PCS’s merger with T-Mobile’s Nationwide Network increased its consumer scale
and reach nationwide. Targeting consumers unaware of the expanded advantages of
having Metro PCS as their phone carrier was priority, so Metro PCS joined forces with
Ayden Activation Group in the St. Louis market, the only marketing group they truly
trusted to guarantee increased Metro PCS sales and branding in an interactive and
entertaining manner.

CHALLENGE
(Why Choose Metro PCS Over Other Cell Phone Carrier Providers)
With the digital age allowing everyone access to superior phones, deals and prices, how
is Metro PCS to prove their edge over the competition? Who better to call on to further
the image of Metro PCS than Ayden Activation Group, which stands above the rest
based on years of marketing and brand activation experience. Ayden Activation rose to
the challenge and provided a solution.

With years of marketing experience, Ayden Activation truly understands the importance
personal consumer interactions play on cementing business relationships and client
retention. The most critical aspect of guerrilla marketing is providing consumers with
positive and memorable experiences. Ayden Activation provided Metro PCS with clear
logistics, routing, event staff, street teams, and production necessary to increase Metro
PCS brand image and sales. Ayden Activation came up with 30 customized marketing
street team campaigns during the 5-month marketing blitz, which allowed Metro PCS to
market its Wireless for All and $5 Hot Spot features along with its merged T-Mobile’s
Nationwide Network Coverage. The 5-month campaign increased new Metro PCS
carrier plans and cemented its image as one of the most superior phone carriers in the
nation.

Another innovative guerrilla campaign Ayden conceived was the Crush the Bug
activation. Ayden, along with Metro PCS marketing teams selected 5 popular Cricket
Wireless locations in the St. Louis market. BA’s actively sought out consumers and
encouraged them to come inside and test their current connection speeds to those of
Metro PCS while witnessing for themselves the superior functionalities and benefits of
signing up with Metro PCS. In an effort to engage consumers in a fun and inspired

manner, customers also got a chance to video record their gripes about Cricket while
testing their carrier’s connection speeds. When consumers were finished with their
recording, they would put on oversized Metro PCS boots and crush paintball “bugs” in an
effort to release their excitement and energy over the Cricket games. Additional Metro
PCS premiums were awarded to consumers who displayed great flair and fervor.